A delegation from Yunnan University, or YNU, visited Peking University on Nov 11, with a mandate to discuss opportunities for future partnership between the two institutions.

It was led by Lin Wenxun, Party secretary of YNU, and Fang Jingyun, president of YNU, who were joined by officials and teachers from the YNU’s School of Ecology and Environmental Science, academic affairs office, graduate school and members of other departments.

Qiu said that cooperation between the two universities helps both seek further development, and Qiu hoped the two could strengthen communications.

Hao said that Peking University aims to continue to support the development of YNU by building further ties.

Lin and Fang gave briefings on YNU’s development in recent years, focusing on the “double first-class” construction, which means building itself into a world-class university with world-class disciplines.

Lin and Fang showed their gratitude for the continuous support from Peking University, and hoped that the two would deepen ties, in such fields as training of professionals, and ecology.

Before the meeting, the YNU delegation visited the Arthur M. Sackler Museum of Art and Archaeology at Peking University. 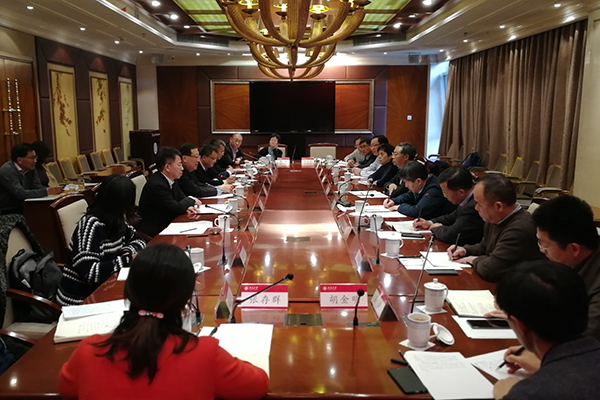 Representatives from Yunnan University and Peking University attend a meeting on Nov 11. [Photo/ynu.edu.cn]